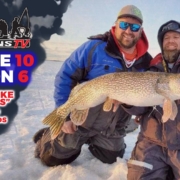 As ice season is slowing down, our bite is heating WAY up. In this episode, Mike and the rest of the crew head to Lake of The Woods with Ross Swenson, a long-time Fish Addictions friend, who helps get the guys land a once-in-a-lifetime Pike Tip-Up fishing adventure. 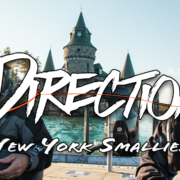 If you’re looking to catch some great smallmouth, 1000 Islands, New York is a hard place to beat. Mark Stowe and Kyle Metzger spend a few days tracking down the smallmouth and having fun reeling them in. 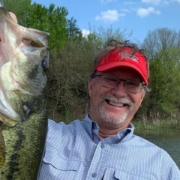 Each year, host Wade Middleton and good friend Jeff Reynolds embark on a multi-day fishing trip down in Texas during the springtime. On this episode of the Bass Pro Shops Fisherman’s Handbook, we will highlight Wade and Jeff’s trip from this season. The two alternate between operating the camera and fishing as they search for bites up shallow during the spawn.

Wade takes control of the trolling motor first to begin this episode. The particular lake they are on features a great deal of shallow cover and vegetation. Given these conditions and the time of year, Wade opts to throw the SPRO Bronzeye Pop frog.

When fishing in these types of conditions, braided line is a must. Braided line features no stretch, and the strength to cut through shallow cover to help haul in those big bass. In this particular scenario, Wade is throwing the SPRO frog over cover and back into places where other fishing lines could not hold up. The SPRO Bronzeye Pop paired with Sunline braid proved to be the ultimate combination on this outing.

During the final half of the episode, Jeff Reynolds takes control of the trolling motor. Armed with the knowledge that these fish are locked in on beds up shallow, Jeff decides to target them by flipping a Secret Lures Stupid Craw around holes in the grass.

The Stupid Craw is the latest addition to the lineup of soft plastics offered by Secret Lures. Based off of the Stupid Tube and the Stupid Style rigging method, the Stupid Craw is a versatile bait that can catch fish in a variety of scenarios. Jeff makes the call to Texas Rig the Stupid Craw on this trip and finds a great deal of success catching fish flip after flip up shallow. 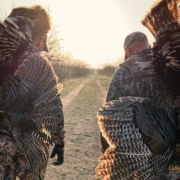 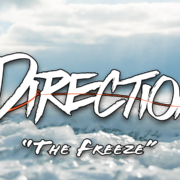 Usually, we use a boat for fishing on the lakes but this week we’re taking the UTV and snowmobiles because it’s completely froze over. We set forth out onto Saginaw Bay located on the north east side of Michigan for an ice fishing adventure like no other. 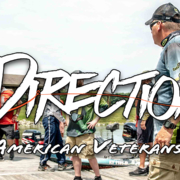 A salute to American Veterans. Its time for The Directions annual West Boggs IN, fish smackdown where we take some American Veterans out to say thank you and have a blast swinging in boatloads of fish. 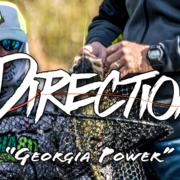 Fishing tournaments make you think big gas powered outboards and large bass boats but this week we’re meeting up with Merrick McCluere at Rocky Mountain Public Fishing Area to learn about his experience with fishing electric only tournaments. 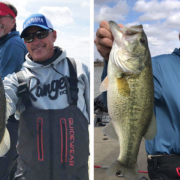 The wind is one variable an angler can’t control when embarking on a fishing trip. Some days you’ll be wishing there was more wind, and then other times you’d wish it would lighten up a little bit so you could fish more of the lake. At the end of the day, you just have to fish the conditions that are presented to you. During this episode of the Bass Pro Shops Fisherman’s Handbook, learn about boating safety, decision making, and the ideal baits to use in the wind.

Spring is one particular time of the year when the wind can drastically impact one’s plans for a fishing trip. In some parts of the country, it is not unusual for winds to gust up over 20 mph on a regular basis during the spring months. For avid anglers, it is important to figure out how to use this wind to your advantage. Let’s start by discussing boat control. Both Wade and Clark suggest drifting with the wind. As the boat drifts with the wind, the angler can better control their boat and preserve their batteries for a longer period of time. Not only is it easier to control your boat, but it’s also easier to cast and retrieve baits.

Bait selection is another key component to factor in for a successful fishing trip in the wind. Moving baits are just about the only way to go. The ability to reel at high speeds allows an angler to maintain contact with the bait as it moves through the water column. Along with that, moving baits also allow an angler to cover more water and find those biting fish.

So remember, be safe, be smart, fish with the wind, and you’ll have a successful fishing trip in windy conditions! 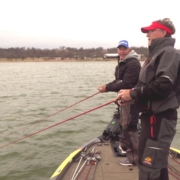 Clark Wendlandt and Wade Middleton venture to a body of water that was almost dry recently but that has rebounded nicely. This will be both of their’s first trip ever to this body of water so you’ll see first hand how they dissect this lake. . Ivie, a lake that both have visited only a handful of times but also has big bass potential. 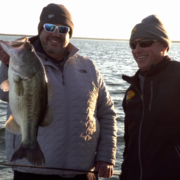 Clark Wendlandt meets up with Bassmaster Elite Series Pro Frank Talley on this highland lakes reservoir where they both share secrets on crankbait fishing in cold weather on Lake Whitney.