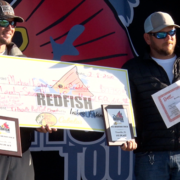 IFA Redfish Tour heads to Titusville, FL for the first event of the 2020 season. 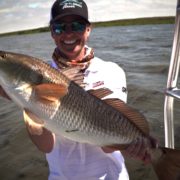 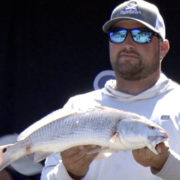 IFA Redfish Tour starts off at a division event in Georgetown, SC and then heads to Venice, LA to start getting ready to crown a team our 2019 IFA Champions!

The IFA Redfish Tour heads to Grand Isle, Louisiana as the best kayak anglers in the nation compete in the 2019 IFA Redfish Tour Kayak Championship! Then we take a look at how anglers did at the 2019 Hobie Worlds in Australia. Finally we get some insight to the Hobie Mirage Drive 360 at this years ICAST. 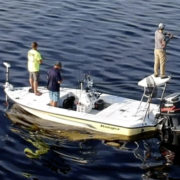 IFA Redfish Tour heads to Steinhatchee, Florida — find out how recent rain effects the fishing, and how some of the best redfish anglers around are able to adjust.

On the last stop before the Championship we are in Houma, Louisiana. Let’s see who comes out on top out of the 106 teams.

The IFA is the largest grass roots inshore fishing tournament organization in America. We are dedicated to conducting affordable inshore catch and release, fishing tournaments in all areas of the country where redfish and other species are found. Our formats are designed with the novice, intermediate, and accomplished tournament anglers in mind, where all can compete and have fun regardless of their experience levels, abilities, or age.

The IFA Redfish Tour, an idea formulated from a love of fishing continues to grow and provide inshore anglers an opportunity to display their talents on the intercostal waterways. Now, in it’s second decade of providing quality tournament experiences and having awarded several million dollars in prizes there is simply no other inshore tournament series that can boast or say that. So come and join the strongest and largest Inshore Tournament Series the IFA Redfish Tour Presented by Cabelas.

The IFA Redfish Tour headed to Port Aransas, Texas on March 30-31 for the 2019 season-opening events for the Texas Division of the IFA Redfish Tour Presented by Bass Pro Shops & Cabela’s and IFA Kayak Fishing Tour. Some of the best redfish anglers show off their skills while competing for points and prizes.

Monica Alexander and James Alexander, both of Aransas Pass, Texas, weighed a two-fish limit that totaled 17.44 pounds to win the first regular-season event for the Texas Division of the IFA Redfish Tour presented by Bass Pro Shops & Cabela’s. The team won a fully rigged Ranger RB190 boat prize package powered by a 90-horsepower, four-stroke Mercury outboard. The team also took home a total of $30,285 in winnings, including $2,535 in Anglers Advantage cash and the $500 Berkley Big Redfish award along with $250 in Berkley Gulp! products courtesy of Berkley Gulp!

Michael Laskowski Sr. and Michael Laskowski Jr., both of La Verna, Texas, weighed a total of 16.22 pounds to take second place. The team ran to Aransas Pass to fish flooded grass with Berkley Gulp! under popping corks under ideal conditions. The father and son won the $2,528 second-place prize along with adding $1,235 in Anglers Advantage cash.

Former IFA Team of the Year titleholders, Mason Lincoln and Melissa Lincoln, both of Corpus Christi, Texas, weighed 15.46 pounds for a third-place finish. The anglers also experienced great conditions with light winds and high tides while fishing soft plastics in the Laguna Madre area. The team won a total of $2,540 for their limit.

The 2018 IFA Redfish Tour Boaters Championship is back in Hopedale, Louisiana for Part 2 of this event as the best redfish anglers in the nation compete for this prestigious National Championship title!

The 2018 IFA Redfish Tour Boaters Championship is in Hopedale, Louisiana — watch part 1 of this event as the best redfish anglers in the nation compete for this prestigious National Championship title!