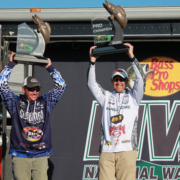 The final day of the 2020 National Walleye Tour Championship is here and we’re crowing this season’s Pro and Co Champions at Huron, OH! Catch the excitement now! 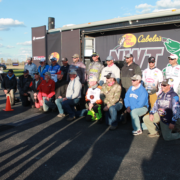 After much anticipation, the 2020 National Walleye Tour CHAMPIONSHIP is here! 47 Pros and Cos take to the famed Lake Erie to see who will make the Day 3, Top 10 cut! Join us as we follow Day 1 and Day 2 coverage. 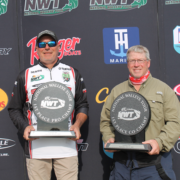 Lake Sakakawea, the third and final stop of the 2020 NWT season. Watch as we catch action from on-the-water and see who gets crowned Champion! 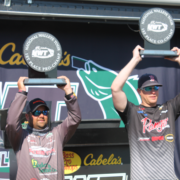 National Walleye Tour’s second stop of the 2020 season on the St. Mary’s River in Sault Ste Marie, MI. There’s lots of walleye action as these Pro and Co anglers compete for top honors! 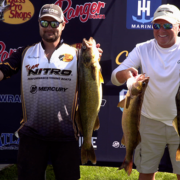 National Walleye Tour presented by Bass Pro Shops and Cabela’s is kicking off the 2020 season at Green Bay, Oconto, Wisconsin with 121 Pro Anglers & 121 Co Anglers! Find out who takes home the trophy! Visit the National Walleye Tour to find out more about how to fish the tour! http://www.nationalwalleyetour.com 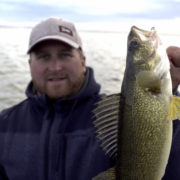 The final day of the 2019 National Walleye Tour Championship is here and we’re crowing this season’s Pro and Co Champions at Devils Lake, ND! Catch the excitement now! 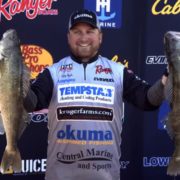 Back to an angler favorite walleye lake for the 2019 National Walleye Tour Championship — Devils Lake, ND! Follow along and see how the anglers are catching them and which Pro and Co anglers are leading into the final day. 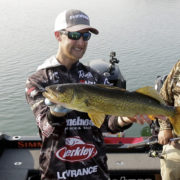 The most anticipated event of the season – the 2019 National Walleye Tour CHAMPIONSHIP – is coming up soon! We take a look at the season, past Championships, and the Lucas Oil Angler of the Year race! 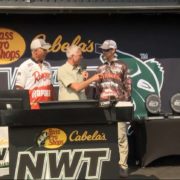 Stop No. 3 of the 2019 National Walleye Tour season presented by Bass Pro Shops and Cabela’s was seen by many as a major wildcard.  The National Walleye Tour had never visited Sault Ste. Marie and the St. Marys River and connecting Lake Superior and Lake Huron are beautiful, healthy fisheries, but the sheer amount of water to uncover is daunting.

Leave it to Great Lakes veteran David Kolb to figure out the bite. The Ranger pro put his open-water knowledge to use as he grabbed the day-one lead and keep it!

Kolb, from Grand Blanc, Michigan, weighed a combined total of 65.04 pounds to take home the trophy from this event.  And because he is Ranger Cup qualified, he won an upgraded and fully rigged Ranger 620FS package with a 225-horsepower Mercury outboard, $15,000 in prize money and $2,364 in Anglers Advantage cash for a total of $83,259 in winnings.  That’s a great pay day – and it was well-earned.

“I actually started the tournament on a jigging spot in the St. Joseph’s area,” said Kolb. “I was consistently getting 23 to 25 pounds there. I caught a few, but I ended up culling everything out at the big-fish spot. Today I pretty much spent the entire day in Drummond.”

“I caught every one of my fish on the new Berkley PowerBait The Champ Swimmer,” said Hoyer. “It’s a 4.6-inch paddletail with a high definition printed side. My best colors were black crappie, blueback herring, and yellow perch.” 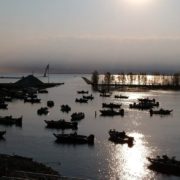 The National Walleye Tour heads to Marinette, Wisconsin and the famed Green Bay for the 2nd stop of the 2019 season. See how the Pros and Cos catch them and how weather factors into their days!