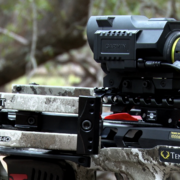 We’re joining Michael Wersig at the Dead Oak location of our deer camp property, where he’ll be using the TenPoint Havoc RS440 paired with a Garmin Xero X1i Crossbow Scope. This area promises to hold a lot of game, be it whitetail, exotics, or turkey, there is always plenty of life traveling along that creek. One thing Michael loves about hunting in Texas is the opportunity to take turkey in the fall. To Michael, it’s always interesting to observe the different behavior patterns between turkeys during the fall and the spring. As Michael’s hunt moves along, a group of turkeys make their way into range and nearly give him the perfect shot opportunity before scattering and clearing the area. It’s not long before they return, and Michael see’s his chances at bringing home one of these birds! 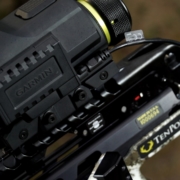 We’re with Wade Middleton as he gives us the rundown on the evolution of the Garmin Xero. When Garmin first introduced the concept of the Xero Bow Sight, it almost sounded too good to be true. Sure enough, they developed it and changed the game for bow hunters. After several years of seeing its success in the field, Garmin once again out did themselves and debuted the Xero X1i Crossbow Scope. The comfort, confidence, and pinpoint accuracy the Xero X1i gives hunters can only be understood by getting out and trying it out for yourself. If you’re looking for a sight that gives you perfect, consistent accuracy, the Xero X1i is the way to go. Learn more about these incredible options for the Garmin Xero Bow Sight and Xero X1i Crossbow Scope by visiting garmin.com! 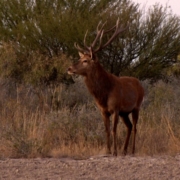 We’re joining Kevin Giesecke on the third evening of a multi-day for a massive red stag, out an an area of the property dubbed, “The Middle Field.” Throughout this sit, Kevin sees a plethora of wild game, including a nine point that has visited each day of his hunt so far. Towards the end of the evening, the red stag that Kevin has been hopeful to see finally makes an appearance, and he certainly doesn’t disappoint. His incredible mass absolutely dwarfs that of the other three bulls standing in front of Kevin’s pop-up blind, but, as it’s the rutting season, that doesn’t deter the others from challenging him. Kevin may not get a chance to take a shot at this buck tonight, but he’s treated to one of the most exciting duels between four red stag bulls that we’ve ever seen on the show!

When we return to the field, it’s been another two days since Kevin last spotted the red stag he’s determined to bring home. On this night, the red stag makes another appearance, but once again, he’s just out of the range Kevin is comfortable taking a shot at, and Kevin returns to camp empty handed. Before heading back to the field, Wade takes a trip out to the hunting site to spice it up with deer blocks and corn courtesy of Record Rack. Record Rack provides superior supplemental nutrition options for deer herd management, and by scattering these irresistible treats around the area, the hope is to draw the animals in closer, and hopefully tempt this red stag into Kevin’s bow range.

Never one to give up, Kevin heads back out on the eighth day of his hunt for the red stag. With 10mph winds, and temperatures sitting in the low 80’s, conditions are looking good for Kevin’s chances tonight. Once again, the red stag emerges through the tree line, but this time, he heads straight towards the Record Rack deer blocks in front of Kevin’s pop-up blind. It’s not long before the stag turns and presents the perfect broadside shot, but as Kevin prepares to take his shot, the stag gets spooked and runs several feet away. Tune in and see if Kevin can still take his shot and finally bring home this incredible red stag! 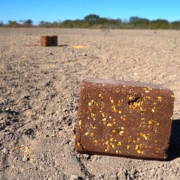 One way we like to manage a property is by ensuring we have a supplemental feed program, especially when natural forage and availability of food for deer and other wild game is limited. Personally, we like to make sure we do everything we can to ensure the game on our property is in better shape, giving us more hunting opportunities and a healthier herd of deer. One of our favorite ways to ensure this is by putting out deer feed by Record Rack. Record Rack provides superior supplemental nutrition options for deer herd management, and by scattering these irresistible treats around hunting areas, the hope is to draw the animals in closer, and present better opportunities to have a successful hunt. In this clip, we’ll hear from Wade Middleton about his thoughts on land management, and see how he spices up one of the popular hunting sites on our land. 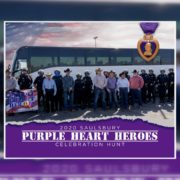 In November of 2020, Americana Outdoors had the privilege of covering Trinity Oaks’ Purple Heart Heroes Celebration Hunt, sponsored by Saulsbury. This event honored Purple Heart veterans from world war two, Korea, Vietnam, and the Gulf Wars. Trinity Oaks is a Texas based, non profit organization founded on the premise that participation in the outdoors is a powerful and fundamentally life-changing experience, and their mission is to make a meaningful difference in the lives of others through the use of hunting, fishing, and outdoor activities. Our journey today brings us to their Thumbtack Ranch location.  While staying on this expansive two thousand acre plot of land, not only will our veterans get to hunt, but they will also have the chance to partake in some relaxing fishing over a pond, hit up the shooting range, and enjoy a host of other activities. Bringing our service men to Trinity Oaks for this hunting experience is the epitome of what it means to get out and enjoy the great outdoors, and gives our veterans an opportunity to connect with others who have endured similar circumstances throughout their careers in service to our country. We would like to thank Trinity Oaks for hosting this incredible hunt, and extend a sincere thank you to the brave men and women who have donned the uniform to protect and serve our country.  If you know a veteran who would benefit from participating in one of Trinity Oaks’ many programs geared towards making a difference in a veteran’s life, visit their website at trinityoaks.org/veteran-programs.

Special Thanks to the camera crews who donated their time and work! 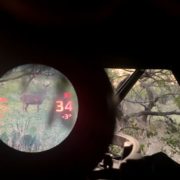 It’s the morning of opening bow season in Texas, and Wade is heading out to his hunting sight in the Yamaha Wolverine RMAX2 1000 XT-R. During this hunt he’ll be field testing the brand new Garmin Xero X1i Crossbow Scope, mounted atop his TenPoint Vapor RS470. This Crossbow/Scope package is unlike any other, and hopefully, we’re about to see the full potential of its power. Not too long into Wade’s first sit, the slightest wrong movement triggers the deer to clear the area. Not one to be phased by this, Wade waits it out and the deer slowly make their way back to the hunting scene, including an impressively sized shooter buck. Will Wade get an opportunity to take a shot on this buck, or will the deer bust him once more? 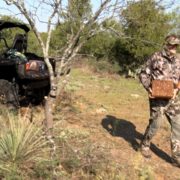 We’re in Central Texas with Wade Middleton where he’s giving us the rundown of how he likes to set up a hunting area. Some of these tips include setting out deer blocks around his blind from Record Rack. Deer love these highly nutritious feed blocks and can’t resist the wild berry flavor. Another key thing is to set up your pop-up blind in an area that gives you the best tactical advantage. By getting out and looking at it from the perspective of a deer, you can see what changes you need to make to the area by spicing up its surroundings. One other step you can take is setting up a Stealth Cam. Having one of these nifty cameras set up around your hunting site allows you to see when deer are coming in, and which deer are visiting that may be the perfect dream buck. Keep these tips in mind next time you go hunting, and hopefully, you’ll have no issues bringing home a whitetail of your own! 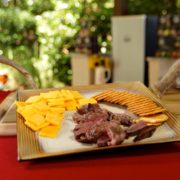 As Wade will tell us, venison is one of the most popular wild game recipes out there, and there’s a multitude of ways to be able to prepare it. Often times, people make the mistake of over cooking it. It’s important to take care of your game after you’ve harvested it so it tastes good when you bring it in from the field and on to the table. One of the easiest ways to prepare venison tenderloin is to smoke it. This process does not need to be overly complicated. In this clip, we’ll see the super simple way Wade prepares venison tenderloins for the Bradley Smoker, and get some ideas for how you can serve it to your guests! 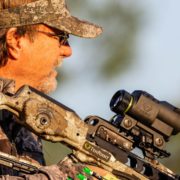 It’s opening day in Texas for the 2020 deer season! In this video Wade is hunting with the NEW TenPoint Vapor RS470 XERO which is a brand new crossbow package that TenPoint Crossbows is offering that features the Garmin Xero X1i Crossbow Sight. 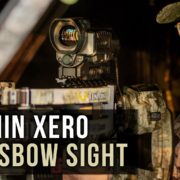 Hear from Wade Middleton on his thoughts about the new Garmin Xero X1i Crossbow Sight after field testing it in Texas during opening weekend.